DENNIS MICHAEL – 1975 in Dordrecht, the Netherlands

After 4 years he attended John Kattenberg’s House of Orangemakeupschool in Amsterdam in 1999. He assisted several wellknown makeup artists the first two years. In 2002 he started to work as a fulltime freelancer.

In february 2009 he got sponsored by a dutch Makeup brand called Ellis Faas Cosmetics He also assisted Ellis Faas a few times on shows, for dutch designer Jan Taminiau and for cacharel in Paris and for Fashion Rocks in Monaco. He also worked together pleasantly for 7 years with a dutch well known Hair & Makeup Agency Angelique Hoorn.

In 2014 he got sponsored by an Australian hair brand called KEVIN.MURPHY which in the Netherlands is represented by Bookies Hair Supplies in Rotterdam. KEVIN.MURPHY products are of the very highest natural quality which he became very fond of. In june 2016 he also did the makeup for a show of hairstylist Kevin Murphy himself in Amsterdam.

Dennis Michael is also known for his innovative techniques, his strong adoration for the feminine beauty features of his present model/muse, his honesty and his passion for flawless makeup . He will always search for the balance between beauty and character and their surroundings. 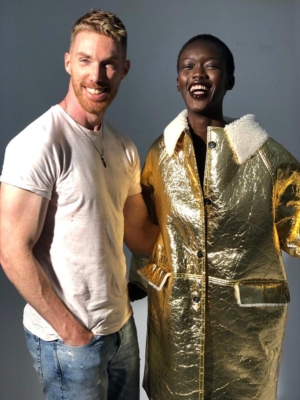